State pension age changes have meant 1950s women are waiting up to six years longer before being able to claim after it was increased to 65 to be the same as men. The State Pension age is rising to 66 by October 2020 and starts increasing again from 2026 and will be 67 for all by 2028. WASPI’s communications director Debbie de Spon has hit out at the ‘unjust’ treatment of 1950s women by the Government. 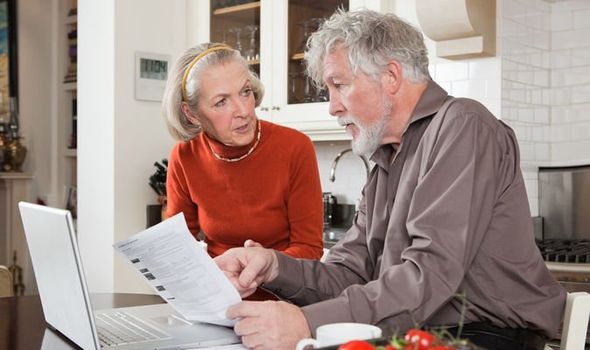 Speaking to Express.co.uk, Ms de Spon said: “There’s an enormous sense of injustice about this.

“Women feel that we have been treated unfairly and unjustly because we didn’t do anything wrong.

“We did everything that was expected of us.

“It’s not that we’re against the state pension age being equalised with men that’s a requirement.

“It’s the way it was done was so unfair.

“We feel we’re a generation who are overlooked and it’s ok for the Government to say we’re taking your money and we’re going to use it for any purpose that we think it’s appropriate for.”

She previously detailed how one WASPI member is forced to work on an oil rig.

She said: “Women do find work but often it’s work that isn’t comparable to what they were doing before.

“There’s one woman who contacted us to say that the only job she could take was to work as a cleaner on the accommodation block of an oil rig offshore.

“And she would go offshore for two weeks at a time and leave her family and that was the only work she could find.

“There are women who are trying to seek work and who are suffering from sanctions if they don’t comply with what the job centres are offering them to do.

“I had a call the other day, a woman of 62 who had been told by the job centra she must attend an IT course.

“She had never worked on a computer and to send someone of that age who doesn’t necessarily have any aptitude to computers on a course like that for a job that she will probably never get because there are younger people with far better skills than she’s got.

“It sent her into a state of anxiety, she already suffered from anxiety and depression and it made her worse.”