State pension age changes have meant 1950s women are waiting up to six years longer before being able to claim after it was increased to 65 to be the same as men. The State Pension age is rising to 66 by October 2020 and starts increasing again from 2026 and will be 67 for all by 2028. WASPI’s finance director and chair, Angela Madden, revealed her personal heartbreak as she admitted she is forced to “depend on a man”. 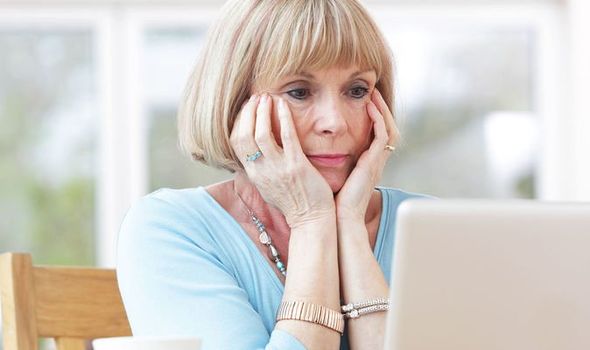 “I think it’s affected all of our mental health.

“I consider myself to be one of the fortunate ones because I have a husband with a pension and he is actually paying all my bills.

“The first time in my entire life I am dependent on a man and that’s in the name of equality.

“It just doesn’t add up for me but I am in a much better position than a lot of women.”

While the WASPI campaign supports the principle of equalisation of the state pension age, it does not agree with the way in which the changes were implemented, arguing they were not given sufficient notice about the changes.

Ms Madden previously detailed how one 1950s woman is forced to walk miles each day to search for jobs after not qualifying for Universal Credit because she receives a tiny private pension of less than £300 a month.

She said: “Some women, especially single women who have no other means of support, are really on the breadline.

“We have one woman in our local group in Derbyshire and she’s trying to find work.

“She has no income other than a very small private pension and she can’t afford internet in her home.

“She has to go to the library to get free internet.

She lives three miles away from the library so she has to walk to the library just to do the job searches. It has affected everyone in different ways.”

Ms Madden continued: “The benefits are aimed at people who are really on the breadline.

“But if you have any income at all then I think there is no avenue for you for benefits.”