There is a growing divide in opinion within the Brexit trade deal negotiating unit over whether to seek an extension to the December 31 deadline during the coronavirus crisis. Civil servants are increasingly frustrated that the Government refuses to consider the idea of an extension, while political appointees are keen to press home the UK’s departure, according to City A.M. David Frost is the UK’s chief negotiator and his 40-strong team consists of a mix of politically appointed advisers and civil servants. 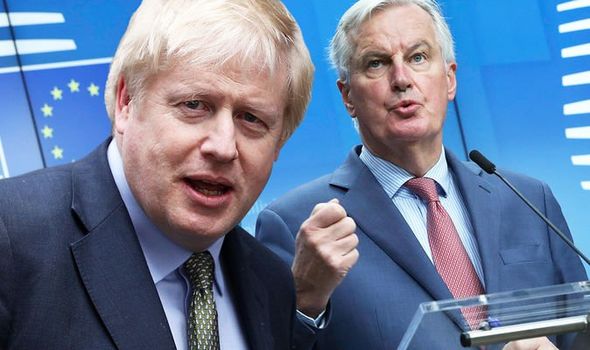 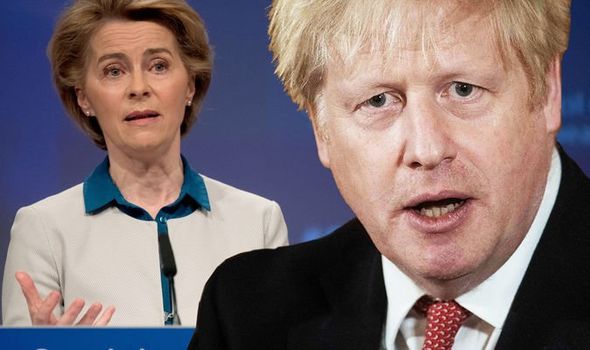 After a six-week interruption caused by the spreading virus, Britain and the EU resumed talks over their future relationship on Monday.

There are another two virtual rounds of talks planned before the July deadline for Britain to request an extension of up to two years.

It is widely understood that Brussels would be prepared to discuss an extension, but last week Mr Frost told his EU counterpart Michel Barnier that Britain will never ask for it.

A source close to the Prime Minister’s chief adviser Dominic Cummings told The Times on Saturday that there is already a view in Number 10 that the UK is heading for “no deal”.

The head of the British International Freight Association, though, rejected those claims and said it is only a question of time before Britain caves in and reconsiders its hardline stance on the extension.

Robert Keen, the director general of the British International Freight Association (BIFA) said: “In light of the huge issues involved with a sharp change in trading conditions at the start of 2021, particularly if that were to coincide with another COVID-19 outbreak, we think an extension looks increasingly likely.

“Our understanding is that there has been very little progress to date on key negotiating points.

“There has been little meaningful consultation with UK trade regarding the policies and procedures required in order to ensure that trade with the EU can continue relatively uninterrupted post December 31.

“Trade deals are typically multi-year exercises, but in this case, the UK and EU realistically have until October to agree on terms, allowing time for ratification.

“And while formal talks are continuing, many of the civil service resources previously assigned to support negotiations have been reallocated to deal with the coronavirus emergency response.”

Mr Keen added that the transition period was not just designed to facilitate negotiations, but it was also there to give businesses time to prepare for the future relationship.

He noted that whether or not a free-trade agreement is concluded this year, there will still be major changes to the UK’s trading relationship at the start of 2021, such as new customs documentation and procedures.

A source close to Dominic Cummings claimed in N.10 there is a view the UK is heading for ‘no deal’ (Image: GETTY) 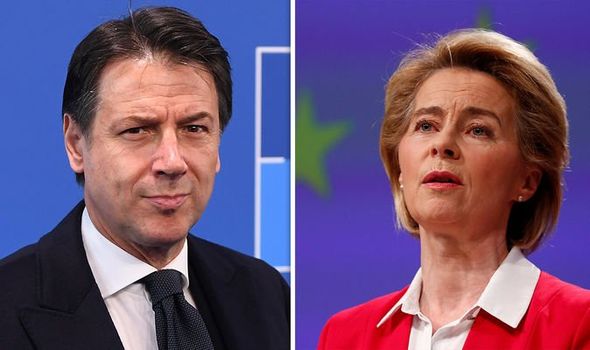 EU insider reveals why bloc is set to collapse without Italy 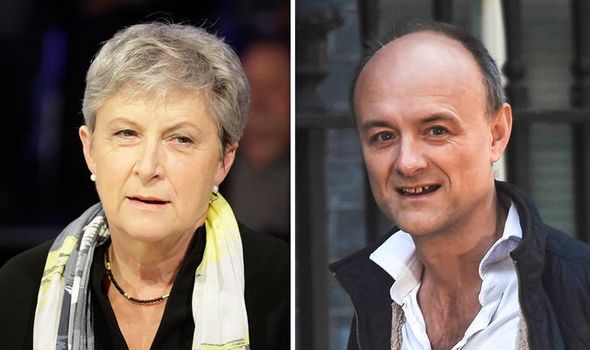 He said: “Even before the pandemic, there were concerns among BIFA members, which are responsible for managing the movement of a large proportion of the UK’s visible international trade, that the 11-month transition wouldn’t leave enough time to prepare for a potential no deal.

“It is unlikely that their companies and the clients they serve will have the capacity to increase readiness for a sharp change in trading conditions in 2021.”

“The crisis caused by COVID-19 is delivering much greater understanding of the key role of freight forwarders to the authorities and the wider audience that rely on the commodities being delivered through international supply chains.

“Now in these very difficult times, it is imperative that the government acts responsibly and listens to the freight transport sector.”

These are companies that forward goods internationally on behalf of importers and exporters.

It is a not-for-profit organisation owned by its members and managed by a small Secretariat.

The Association acts as an authoritative voice for the industry at official and government levels.