Emmanuel Macron’s Government scrapped its days-old economic outlook on Tuesday after the country’s shut down was extended until at least May 11 as the coronavirus continues to grip the world. Finance Minister Bruno Le Maire warned the economy is now expected to shrink 8 percent this year instead of the 6 percent flagged as recently as Thursday. 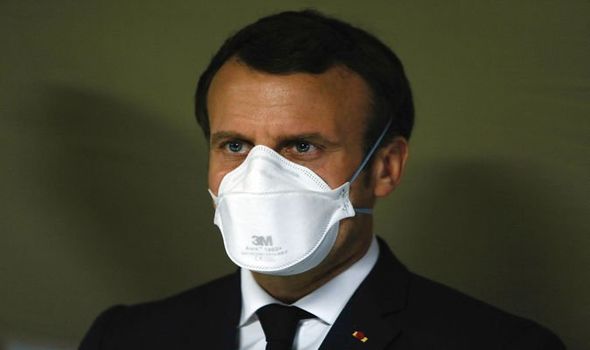 Since March 17, France’s 67 million people have been ordered to stay at home except to buy food, go to work, seek medical care or get some exercise on their own in a bid to fight against the invisible killer disease COVID-19.

The lockdown was originally scheduled to end on Tuesday.

It comes after budget minister Gerald Darmanin warned France Info an extended lockdown would put additional strain on public finances, blowing the public sector budget deficit out to a post-war record of 9 percent of GDP, up from 7.6 percent last week.

The government last week more than doubled a package of measures to pull the economy back from the precipice to at least €100 billion (£87.27billion) – over 4 percent of economic output.

Mr Le Maire told BFM TV said: “If we need to do more, then we will do more. We will be there.

The package allows companies to defer billions of euros of tax and payroll charges to cope with the collapse in business and creates a €7 billion euro solidarity fund for the most fragile small companies, which has already been tapped by 900,000 firms.

With eight million workers on state-subsidised furloughs, the government has increased the budget for that programme to €24 billion from €20 billion before the extension.

The government has also pledged to guarantee up to €300 billion of business loans from commercial loans to help see companies through the crisis.

Emmanuel Macron said he did not know when life would go back to normal (Image: GETTY ) 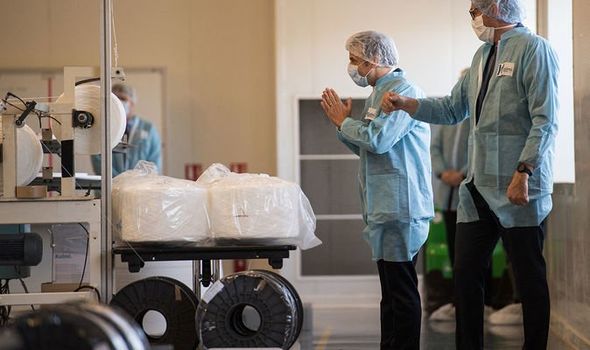 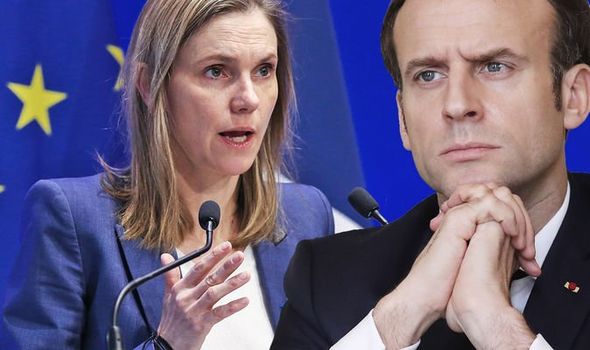 The head of the Bpifrance public investment bank, Nicolas Dufourcq, said some 150,000 companies have received guarantees worth €22 billion euros and another 40 billion in requests were being treated.

After coming under pressure from the government, French insurers were doubling their contribution to its solidarity fund for small businesses to €400 million.

They were offering €500 million in client discounts and would set up an investment fund with €1.5 billion for small firms.

Mr Le Maire said he would put pressure on big commercial property owners to do more, while he said banks and insurers had got the message they needed to step up their support of the economy.

Emmanuel Macron said his nation would progressively open on May 11 (Image: GETTY )

He added: “Big property owners can and should do more to help those that can’t pay their rents.”

It comes after Mr Macron on Monday announced he was extending a virtual lockdown to curb the coronavirus outbreak until May 11, adding that progress had been made but the battle not yet won.

Following Italy in extending the lockdown but announcing no immediate easing of restrictive measures as in Spain, Mr Macron said the tense situation in hospitals in Paris and eastern France meant there could be no let-up in the country.

Mr Macron told the nation in a televised address at the end of the lockdown’s fourth week: “I fully understand the effort I’m asking from you.

“When will we be able to return to a normal life? I would love to be able to answer you.

“But to be frank, I have to humbly tell you we don’t have definitive answers.”

He said schools and shops would progressively reopen on May 11.

But restaurants, hotels, cafes and cinemas would have to remain shut longer.

Mr Macron, whose government has faced criticism over a shortage of face masks and testing kits, said that by May 11, France would be able to test anyone presenting COVID-19 symptoms and give nonprofessional face masks to the public.

The French leader also said he had asked his government to present this week new financial aid for families and students in need.